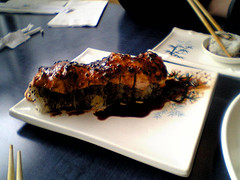 I admit it. I have weird food issues. I've had them since I was a kid. My family loves to reminisce about my issues with ketchup and mustard on a McDonald's hamburger when I was like five or six years old. To this day, I can barely stand to go into a McDonald's during lunch or dinner due to bad smell memories. I know. I'm weird, but I'm OK with that. I like what I like.

So, the catch phrase with getting others to try out new food is always, "Just try it. You might like it." We use it all the time on children and even some adults, like me! It's always difficult to judge something such as a new food when we haven't tried it before. My problem is that I judge a lot of foods based on my own previous experiences with similar types of foods. I should do a better job of listening to others' testimonies about the food rather than jumping to conclusions before I try it for myself.

Giving kind of works the same way. A lot of believers have jumped to conclusions about giving based on negative personal experiences in the past. They just know that they don't like the idea of giving consistently and sacrificially. They would rather spend that money on other needs and wants in their life. The non-givers and occasional givers haven't really given the whole giving thing a fair shot. They've maybe taken a little nibble, but they haven't really dived in and really tasted what it's like to be a regular giver. They need to listen more to the awesome giving stories of others who have stepped out in faith and God's blessing on their lives as a result.

The most dedicated, consistent, and generous givers started somewhere. Perhaps, they began with placing extra cash from their wallets in the offering plate on Sunday morning. Then, as they grew in their personal financial management and spiritual life, they began to understand the need to grow in their generosity. The key, though, is to get going and growing. Experiment with giving. What do you have to lose, but maybe a few hundred dollars as you try this giving thing out? God has some really cool stuff planned for your life if you will just live out a life of generosity. Try God, try giving, and see what He starts doing in your life as a result!


"Bring the whole tithe into the storehouse, that there may be food in my house. Test me in this,” says the LORD Almighty, “and see if I will not throw open the floodgates of heaven and pour out so much blessing that there will not be room enough to store it" (Malachi 3:10).

Are you a marginal, occasional giver? Have you really dived in and experimented with a life of sold-out financial generosity? Why not challenge yourself to 30, 60, or even 90 days of intentional, regular, generous, off-the-top, and proportional giving and see what God does in your life as a result? I can promise you this, you will never be the same person if you do!

Also, check out these related posts: