Giving is a test of the sincerity of our love 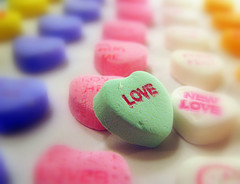 A Gift To Poor Christians In Jerusalem

In a few different passages in the Pauline Epistles, we read of the Apostle Paul writing to various New Testament churches regarding taking up an offering to help the poor Christians in Jerusalem who have faced persecution for their faith in Christ. In Romans 15:25-27, we read of Paul's account that he gave to the church at Rome:


Now, however, I am on my way to Jerusalem in the service of the Lord’s people there. For Macedonia and Achaia were pleased to make a contribution for the poor among the Lord’s people in Jerusalem. They were pleased to do it, and indeed they owe it to them. For if the Gentiles have shared in the Jews’ spiritual blessings, they owe it to the Jews to share with them their material blessings.

Paul had a burden for these poor believers living in the city of Jerusalem. As an itinerate preacher and missionary to the Gentiles throughout the Roman Empire, Paul knew that there was money and resources available in other, more affluent parts of the Roman Empire among the Gentile believers. He appealed to these Gentile converts to give generously in order to help their fellow Jewish brothers in the Lord.

In 2 Corinthians 8, we read of the Apostle Paul encouraging the Corinthian church to also be generous givers. He gives this church the same example that he gave to the Romans - the churches of Macedonia.


And now, brothers and sisters, we want you to know about the grace that God has given the Macedonian churches. In the midst of a very severe trial, their overflowing joy and their extreme poverty welled up in rich generosity. For I testify that they gave as much as they were able, and even beyond their ability. Entirely on their own, they urgently pleaded with us for the privilege of sharing in this service to the Lord’s people. And they exceeded our expectations: They gave themselves first of all to the Lord, and then by the will of God also to us (2 Corinthians 8:1-5).

The example of the churches in Macedonia is a powerful one for three reasons. One, these believers gave generously in spite of their own trials and poverty. Paul doesn't elaborate on this point, but these churches apparently were not extremely well off themselves, but he mentions that they gave beyond their ability. Two, these churches actually begged Paul for the privilege to give to the saints in Jerusalem. They wanted to be a part of the financial gift that Paul was collecting. And third, these churches exceeded the expectations of those collecting the gift.

A Test of Love

Paul encouraged the Corinthian church to follow the example of the Macedonian churches, but then he issued a new challenge to them in 2 Corinthians 8:6-8,


So we urged Titus, just as he had earlier made a beginning, to bring also to completion this act of grace on your part. But since you excel in everything - in faith, in speech, in knowledge, in complete earnestness and in the love we have kindled in you - see that you also excel in this grace of giving. I am not commanding you, but I want to test the sincerity of your love by comparing it with the earnestness of others.

The first part of the challenge was to finish the job on taking up a collection for the Jerusalem saints. Titus had already visited the church at Corinth on at least one other occasion to encourage this church to give, but apparently these Corinthian believers had not finished the task. Paul was asking them to complete the collecting of the gift.

The second part of the challenge was to give out of love. Paul tells these believers in Corinth that he is in no way commanding them to give. Rather, he is testing them to see the sincerity of their love. Do you truly love God? Do you truly love the universal church body? Do you love these poor Jewish Christians at the church in Jerusalem?

Paul confronted this church to actually demonstrate their love through giving. He used the determined action of the Macedonian churches. In essence, he tells the Corinthians, "hey, I can really tell that the Macedonian Christians really love God and their brothers and sisters in Christ because they gave a lot in spite of challenging times. Now, I'm testing the sincerity of your love through completing your giving so that we can take this gift to Jerusalem as soon as possible!"

If We Love God And Others, Then We Will Give

Although the purpose of this gift has long passed into the pages of Biblical history, one universal truth still stands. If we love God and if we love others, then we will give. We will give financially to support the ministries of our churches. We will give to help those who are less fortunate. We will respond to our leaders when a need is made known to us.

Some Christians can give much from their wealth, and some can give a little even out of their poverty. What matters is that we all do our part.

Are you giving back to God's Kingdom out of a heart of love? Or, do you love money and stuff over your love for God, His church, and others?