The Great Debate: to tithe or not to tithe 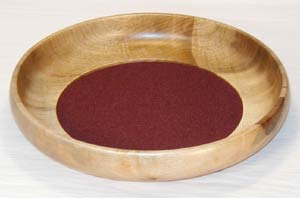 For many years now, there has been a debate within the universal Christian church on giving. The question that many believers have been wrestling with is the following:

As part of my faith in Christ, am I required to give 10% back to God through my local church?

Many Christians would like to argue that the tithe was a requirement of Jewish Law that was handed down by God through Moses to the people of Israel. These same believers claim that because the Church no longer lives under the Law but under grace, we are no longer required to fulfill the duties of the Law. While this is true, there is evidence that the tithe existed before the Law was established. Let's take a brief look at the history of tithing and giving as found in God's Word.
Biblical History - The Old Testament
Tithing is first mentioned in the following passage in Genesis 14:18-20,

Then Melchizedek king of Salem brought out bread and wine. He was priest of God Most High, and he blessed Abram, saying, "Blessed be Abram by God Most High, Creator of heaven and earth. And blessed be God Most High, who delivered your enemies into your hand." Then Abram gave him a tenth of everything.

This event occurred more than 600 years before the Law was established, but we see the great patriarch Abraham giving a tenth of what he had to Melchizedek, God's priest. So, apparently, there had been some type of previous precedent established by God to give a tithe (10%) of His blessings.
Next, we see that God establishes the percentage giving of 10% in Jewish Law in Leviticus 27:30,

A tithe of everything from the land, whether grain from the soil or fruit from the trees, belongs to the LORD; it is holy to the LORD.

The Israelites often failed at giving back to God what He had asked them to give. Near the end of the Old Testament, we see God reminding the Jewish people of their failure to keep the tithe. He also reminds His people of the blessings of obedience in giving. In Malachi 3:8-12 we read,

"Will a man rob God? Yet you rob me. "But you ask, 'How do we rob you?' "In tithes and offerings. You are under a curse - the whole nation of you - because you are robbing me. Bring the whole tithe into the storehouse, that there may be food in my house. Test me in this," says the Lord Almighty, "and see if I will not throw open the floodgates of heaven and pour out so much blessing that you will not have room enough for it. I will prevent pests from devouring your crops, and the vines in your fields in your fields will not cast their fruit," says the LORD Almighty. "Then all the nations will call you blessed, for yours will be a delightful land," says the LORD Almighty.

"Woe to you, teachers of the law and Pharisees, you hypocrites! You give a tenth of your spices - mint, dill and cummin. But you have neglected the more important matters of the law - justice, mercy and faithfulness. You should have practiced the latter, without neglecting the former."

The interesting point of this passage I find here is that Jesus calls the Pharisees hypocrites because they are so extremely careful to give a tenth of everything they own but fail to administer  justice, mercy, and faithfulness. In His view, these are more important than tithing. But then, He tells them that they should have practiced both. Jesus never abolished the tithe.
After Jesus has been crucified, buried, and resurrected from the dead, the Church is established. This is when and where the debate begins. From the book of Acts through the rest of the New Testament, there is never a mandate for the giving of a tithe for Christians. But, the early Christian leaders (especially the Apostle Paul), often wrote about joyful, generous giving, even during times of severe poverty.

And now brothers, we want you to know about the grace that God has given the Macedonian churches. Out of the most severe trial, their overflowing joy and their extreme poverty welled up in rich generosity. For I testify that they gave as much as they were able, and even beyond their ability. Entirely on their own, they urgently pleaded with us for the privilege of sharing in this service to the saints. And they did not do as we expected, but they gave themselves first to the Lord and then to us in keeping with God's will (2 Corinthians 8:1-5).

This passage of Scripture talks about believers giving way beyond the mandate of the tithe. These Macedonia churches begged and pleaded with Paul that they might give generously, even out of their poverty! I could give other examples from the early church, and time and time again, we would see what would seem to be percentage giving beyond a tenth.
My Take On the Debate
After looking at the Biblical history on giving in both the Old and New Testaments, here is my take on the great debate. Because there is no clear command to tithe given to the Church, many believers want to use this ambiguity as an excuse to give as little as possible. They desire to live selfish lifestyles. We have seen from these various Scripture passages, though, that God desires His children to be faithful, generous, and sacrificial givers. It's really difficult for me to say that if the average American Christian is giving 2-3% of their income to their local church, that they are being generous and sacrificial with God's money.
God wants our heart, and He knows that money is a stumbling block for all of us. He desires to pour out incredible blessings into our lives if we will simply trust in Him. Because of the principle of tithing that is present in the Old Testament as well as Jesus' own teaching, I believe this is a great starting point for all believers to begin. If we can at least get to this point in our giving, we will soon discover that the generous and sacrificial aspect of giving really comes when we begin to give beyond the tithe. I know this to be true from my own personal giving experience.
So, search your own heart. Are you more in love with money, or with God? If you have not been a regular tither, take up God's own challenge in Malachi 3 and test Him. As quickly as you can, increase your giving to your local church to the 10% level and see what happens. If you are currently a tither, consider moving beyond the tithe to sacrificial, generous giving and see how God works in your life.

Give and it will be given to you. A good measure, pressed down, shaken together and running over, will be poured into your lap. For with the measure you use, it will be measured to you (Luke 6:38).

Check out these related posts: