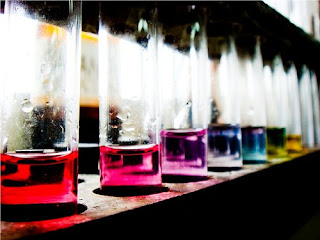 Background
If you grew up in church, you have probably heard a statement similar to this before: God speaks to us through His Word. We speak to God through prayer. We receive promptings and confirmations through the Holy Spirit who dwells in the life of every believer. In the Church Age, this is how we as believers communicate with God and He with us.
In this post, I want to pose a "radical" question and idea for my blog audience to give careful consideration. What if we as believers prayed and studied God's Word regarding how He wants us to give, save, and spend the money that He has entrusted to our management?
An example of consulting the Lord
In 2 Samuel 2:1-4 we read this account of David before he became king:

In the course of time, David inquired of the Lord, "Shall I go up to one of the towns of Judah?" he asked. The Lord said, "Go up." David asked, "Where shall I go?" "To Hebron," the Lord answered. So David went up there with his two wives, Ahinoam of Jezreel and Abigail, the widow of Nabal of Carmel. David also took the men who were with him, each with his family, and they settled in Hebron and its towns. Then the men of Judah came to Hebron and there they anointed David king over the house of Judah.

King Saul was now dead. David knew that he was to be the next king of Israel, because he had been anointed by Samuel several years earlier. Most likely, David could have very easily pulled together enough troops from the Israel army to force his way into the kingship over all Israel. Because David was a man after God's own heart and walked with Him, he decided to take a different approach. He went directly to the Lord and essentially asked, "OK, Lord. What's the next step in becoming king of Israel?" God answered his question through a 7 year process in which he became the king of Judah, first, and then eventually the remaining tribes anointed him king over the entire nation of Israel.
The experiment
So, what if we consulted God on our regular day to day financial decisions much like David consulted God on the next steps in securing the kingship. Beginning today and for the rest of this week, I am embarking on an experiment in financial stewardship. On each day, I will consult God on how he wants me to handle the money He has entrusted to me. I will conduct the experiment in the following process:
Closing
In closing, I'm excited to venture out on this experiment this week! If you have ever done anything similar to this, I would invite you to share your story with a comment below. If you would like to join me in the experiment, let me know with a comment and then follow-up with me next week. I'm walking out in faith that God is going to do some amazing things.