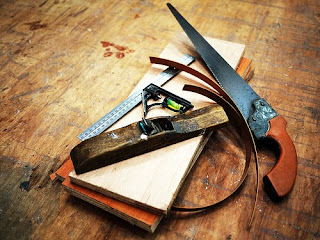 This title makes no sense. How in the world can we as Christians be rich through poverty?
The Apostle Paul addresses this perplexing oxymoron in 2 Corinthians 8:9,

For you know the grace of our Lord Jesus Christ, that though he was rich, yet for your sakes he became poor, so that through his poverty might become rich.

Have you ever considered that our wealth as rich Christians all began through poverty? The Creator of the universe, who owns everything, sent His Son into the world as a poor, helpless baby boy. Jesus grew up in the home of a humble, Jewish carpenter. I'm sure his life on earth was very simple and non-assuming. In today's terminology, Jesus was raised in a lower income, blue-collar home.
As the Son of God, he was accustomed to all the trappings of Heaven. He knew, though, that he had a mission to fulfill here on earth. At the appointed time in history, he willingly left his wealth in Heaven and obeyed his heavenly Father. Philippians 2:6-8 states,

Who, being in the very nature God, did not consider equality with God something to be grasped, but made himself nothing, taking the very nature of a servant, being made in human likeness. And being found in appearance as a man, he humbled himself and became obedient to death - even death on a cross!

Fortunately for us, Jesus was just passing through! After his burial and resurrection three days later, his wealth was re-established and he was appointed King of Kings and Lord of Lords.

Therefore God exalted him to the highest place and gave him the name that is above every name, that at the name of Jesus every knee should bow, in heaven and earth and under the earth, and every tongue confess that Jesus Christ is Lord, to the glory of God the Father (Philippians 2:9-11, NIV).

And because of this awesome transformation from death to life and rags to riches, those of us that have proclaimed Christ as Lord, have been adopted into God's family. We have inherited the wealth of the universe!

The Spirit himself testifies with our spirit that we are God's children. Now if we are children, then we are heirs - heirs of God and co-heirs with Christ, if indeed we share in his sufferings in order that we may also share in his glory. I consider that our present sufferings are not worth comparing with the glory that will be revealed in us (Romans 8:16-18, NIV).

Living out the Christian life on earth may not lead to a life of luxury and ease. In fact, throughout the New Testament, we read that suffering is a more common state for the believer. Fortunately for us, we have the promise of the wealth of the universe waiting for us in our heavenly home.
In your personal worship today, thank the Lord for sacrificing all so that we might be made rich in Him!
Posted by Unknown at 5:00 AM

Email ThisBlogThis!Share to TwitterShare to FacebookShare to Pinterest
Labels: worship