The wealthy and education choices | The public vs. private school debate 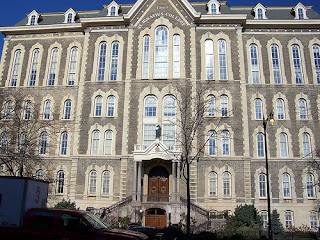 When we think of the wealthy and the education choices they have for their children, we often believe that the majority of the wealthy put their children in private schools. We so often hear the stories of our politicians putting their children in prep schools in Washington, D.C., and we think that all rich people act the same way. Wrong.
In the ground-breaking book The Millionaire Mind by Thomas J. Stanley, Ph. D., Stanley debunked this myth by surveying 733 millionaire families. Stanley discovered the following:

It isn't true that all millionaires are oriented toward private school and are averse to public school education for their children. Not really. The majority indicate that the quality of public schools was a significant factor in making a "neighborhood" decision. Nearly eight in ten (79 percent) stated that an important decision criteria underlying their home selection process was:
Seeking a neighborhood that has excellent public schools.
It isn't difficult to appreciate the relationship between wealth, home values, and the quality of public schools. Just consider for a moment how much it costs to send three children to a private school. The typical millionaire has three children - why would he want to live in a school district that necessitated the patronage of private schools? He doesn't. He even prefers paying high first-cost prices for homes located in the neighborhoods that have quality public schools (p. 332).

So, what can the rich Christian learn from America's balance-sheet affluent millionaires?
First, buy (or even rent) the best home that you can reasonably afford in the best school district in your area. Most people do the opposite. They buy the most home they can mortgage in areas of town that contain more reasonable housing prices. Unfortunately, though, these parts of town don't always have the best school systems. When the parents realize this after the home purchase, they then consider private schools for their children. I am often amazed in observing a number of Christian families in which both parents will work like crazy just to send their children to private school. Some of their kids turn out great and other kids not so great. There's no guarantee that private Christian schools will assist you in raising Godly children.
Second, the Christian family may be better off financially, spiritually, and socially to send their children to the best public schools and keep the mother in the home. Thousands of dollars in tuition can be saved and directed to giving, saving, and investing. The children can learn from their parents what "real life" for the Christian should be about - being salt and light in their sphere of influence. The parents can't rely on a private education to take their kids through difficult spiritual issues. They must work hard and engage their children in their education in the home. Parents are the ones who are ultimately responsible for their children's education. We as parents can't rely on the schools to solve all of our education problems.
Third, even though public schools have a fair number of issues such as evolution and sex education that need to be addressed within the context of the Christian home, public schools have a number of opportunities available to students in areas such as sports and music that private schools do not. This should be taken into consideration when making education decisions.
Here's my own personal take on the issue. I am the product of both the public and private school. I attended public school through the fourth grade, and when sex education was brought into the schools, my parents moved me to a private, Christian school in the fifth grade, and I remained at the same school until graduation. I am grateful for my Christian school education and the sacrifices my parents made to send my brothers and me to private school.
As I grew older and developed an interest in music, my parents ended up paying more money to get me out into the community for more musical experiences that I couldn't get within the private school. I even remember my mother talking to me once when I was in high school about the possibility of switching me back to public school so that I could partake in their stronger music programs. I know that she seemed to regret that I didn't have the opportunities that other musically gifted kids had. Fortunately, everything worked out well for me moving into adulthood. I do believe, though, that because of my strong value-driven upbringing in the home, I could have personally survived and thrived in the public schools.
In conclusion, the majority of wealthy people make wise spending decisions by purchasing good homes in areas that have the best public schools. This typically insures a good return on investment when purchasing the home, as well as allows the wealthy family to keep mom at home and send their children to quality schools. The parents don't have to work themselves to death to send their kids to a private school. They are able to maintain balance, margins, and sanity into their family's lives. In today's fast-paced world, this is most likely the better choice for the family.
In the paths of the wicked lie thorns and snares, but he who guards his soul stays far from them. Train a child in the way he should go, and when he is old he will not turn from it. The rich rule over the poor, and the borrower is servant to the lender (Proverbs 22:5-7, NIV).