Why American Christians should care about the policies of President Obama 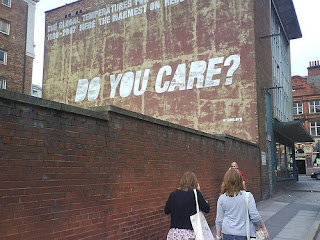 A Recent Debate
This weekend, I ended up in a friendly debate thread on Facebook with a pastor friend of mine regarding a Twitter/Facebook update he posted which read as follows:
Hey Christian, Repub. doesn't = Christian, & Obama isn't trying 2 brainwash your kid. You live in a democracy; he won; he's your president.

I'm assuming my pastor buddy was making a reference to the recent political outrage over President Obama's planned address to students across the United States on Tuesday, September 8. If the President only discusses the importance of education for school aged children, that's not a problem with me. I think this is a noble, positive endeavor. We will find out more about his true intentions when he gives the actual speech.
While I don't have any concerns about my own daughters being brainwashed on Tuesday, I do have larger concerns about the potentially disastrous results that his policies could bring upon our nation, especially in terms of fiscal responsibility and stability. In the course of this post, I will spend the majority of my time focused on the financial/stewardship aspects of the President's policies since that is the primary thrust of this blog.
Political Background
I agree with my friend that the Republican Party does not equal Christian. Neither party has a lock on moral, religious issues. There are Christians as well as deeply religious people in both parties. Also, members of both political parties have their moral failings. We are all sinful creatures in a fallen world as a result of the curse of sin back in the Garden of Eden. As a student of history, though, I would make these general statements about the two parties:
Why American Christians should care
Since the inauguration on January 20, 2009, the Obama Administration has demonstrated that they do not fully understand sound financial policy. They have been throwing away good money after bad with a stimulus package, bank and insurance company bailouts, as well as auto company bailouts. They are currently pushing the "Cap and Trade" and national healthcare policies through Congress that will cost trillions of dollars, as well as increase yearly budget deficits and the overall national debt. These policies, if passed, will cause Americans to have to pay more in utility services and taxes. Our take home pay will continue to shrink, leaving Christians with less money in order to fulfill the following Scriptural mandates:
If you are passionate about being a good steward of all God has blessed you with, this is why you as a Christ follower should care about the Obama Administration's policy plans that they are currently pursuing:
Conclusion
In closing, I want to make it perfectly clear that I don't have an axe to grind with President Obama. That is not the intent of this post. My only intention is to point out the perceived flaws in his domestic economic policies that, if implemented, will impact the ability of American Christians to be the best managers of what God has provided for us.
With the recent downturn in our economy in 2008-2009, we see increasing numbers of churches, charities, and non-profits struggling to stay afloat as the average American Christian has less money to give away and still have the ability to provide for his family. The other side of this statement is that most Christians do not truly follow the giving model as outlined in Scripture because they have made materialism their god, but that is a blog post for another day.
President Obama is an articulate, intelligent man who ran a great political race and was voted in as President. He has a beautiful family and, from outside observation, seems to be an extremely devoted husband and father. I praise him for his demonstration of strong family values. I give him the honor and respect he is due as articulated by the Apostle Paul in Romans 13:6-7. In the American form of government, though, we can still respect our government authorities, yet voice our disagreement with administration and congressional policies that will ultimately be harmful to the American way of life.
In the end, though, I acknowledge that God is is in control. His ways are not our ways. He may have allowed President Obama to be elected President to cause further economic turmoil for greater purposes. We may never ultimately know this side of Heaven. Once we reach Heaven, we won't even care!
I will pray for my President. I will pray that my President will seek out and execute wisdom, not for the purposes of strengthening the position of a cause or political party, but for what is ultimately best for the American way of life - freedom. Freedom is the foundation on which our government rests, and I fear that too many of our freedoms are slowly being taken away from us in the name of personal security.
Do you care about the government policies that are currently being debated and why?
Posted by Unknown at 5:00 AM